After a long hiatus, I'm finally back to Space 1889

Been many years but I finally got the colonial bug again and going to play it out on Mars.
So over the past month I've started rebasing my old RAFM 1889 figs and painting up new models where needed to fill out the units.
Each force is a 'Banner' made up of 2 companies. One of  4 Shooter stands and one of  4 Close Combat stands
Here are the first three units. Three more infantry units to go. 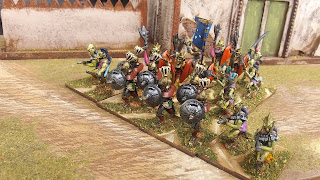 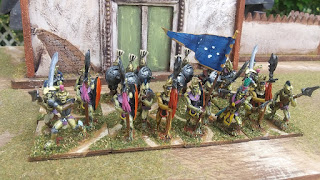 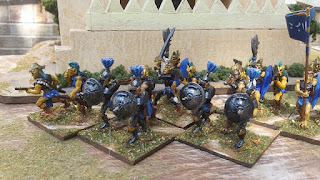 A big Martian 25mm game is planned sometime this year. So I pulled out a Parroom racing airship and did just a small big of converting. Had to add a heavy base to hold the lead crew. The crew is all from RAFM. Hopefully this ship will be a great annoyance to the Imperial Earthlings. 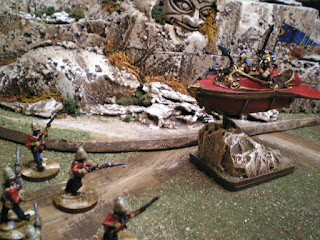 It's been years since I ran a 25mm Martian game. (yes I have spent a lot of time on 15mm mars) But yesterday a few friends and I got together for a very rare Monday game. So to commemorate the day I prepared some 100 figs over the last two weeks, mainly Earth troops, for a Return to 25mm Mars. It would be a surprise since only one of the players had ever seen any of the 25mm Martian figs.

The scenario was fairly typical. Religious fanatics, unsupported by the local Jed, wink wink, capture Earth Ambassadors. Flying column of British, French, Russian and Japanese are sent to save the day. Germans were out with a cold and the Belgians were elsewhere plotting. The Colonial powers would start with all their troops near the canal docks. The Martian forces were only revealed when an earth force got within 24in. The Martian players also did not know the composition of their troops till they were revealed, except for some guns. But new blank Martian forces would keep streaming through the gates, This created  a very hectic Martian defence strategy.

The Colonial forces had separate smaller objectives and various diplomatic means to bribe away some of the Martian opposition.


The Colonial Powers advance fairly quickly in the first few turns, brushing aside light resistance, with Earth firepower.  But as more Martian units arrived, the advance began to slow down. It quickly became apparent that close combat was not so sure a thing for the Earth-men, especially vs elite Martian swordmasters, Green tribesmen and the accursed flying Martians. The casualties began to rack up especially for the French in melee and the British who soon encountered radium rifles, but the advance continued. In the end all four Colonials had reached the Ambassadors, and brushed off the last of the defenders as the Steam Carriage loaded up their precious political cargo.

The game  was quite fun and in the  perfect spirit for our first Monday night event! Rules were the playsheet from Colonel and Co. The blog page I found these on has since disappeared with the loss of the creator. If anyone has further playsheets I would love to see them!

Finally finished my green tribesmen for Mars, aka Tharks!
Converted some GW Kroots, an idea I had gotten  from Skrapwelder, a big VSF gamer.
The riding beast is an old Mageknight fig.
I like the Bronze Age figs but they all look ready for a photo pose! 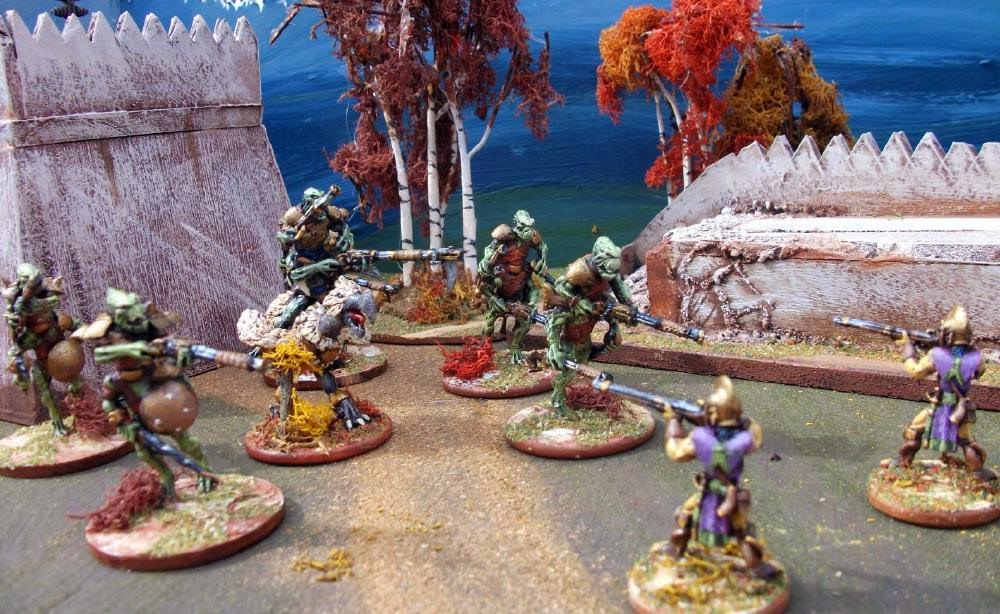 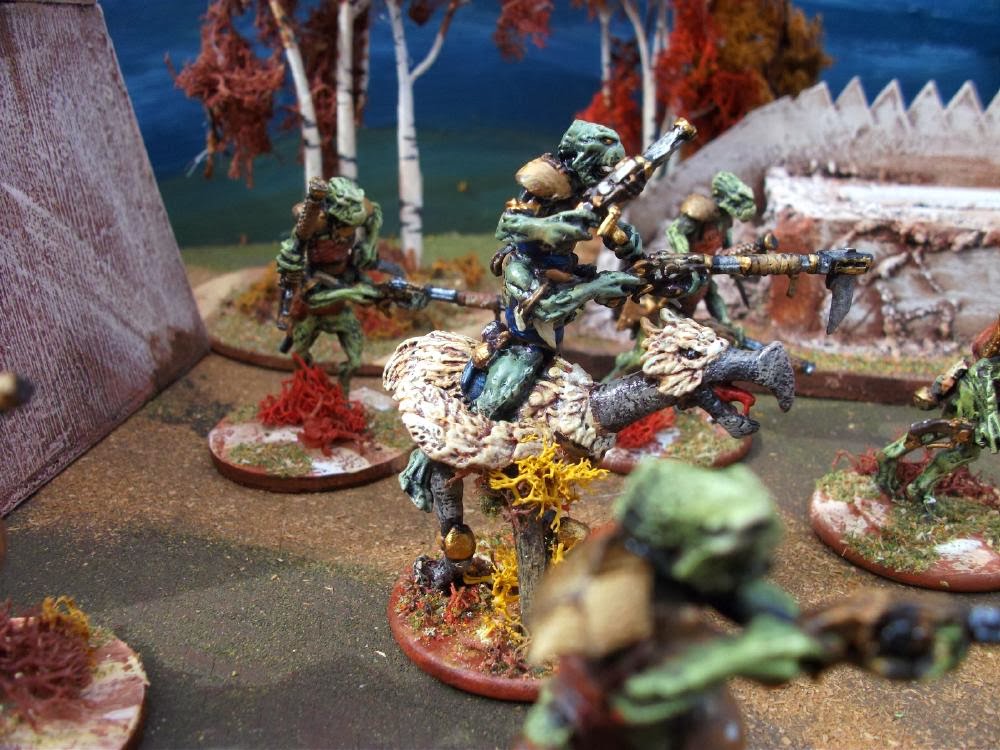 Finally got around to basing some Martian figs that I painted late last year. Of course seeing these new units gave me the needed impetus to gear up for a battle. Been itching to try out the  Gaslight rules! So over the next month or two you should see posts of more units for the next battle.

For the last couple of months I've been painting up some Orks for 40K. So of course I wanted to make
some terrain!
I decided to go with the older adobe style for the Orks, like what use to be in the Epic 6mm game.
But then I realized that they would also work for my 25mm Martian and Indian Mutiny periods.
That is except for the more 'modern/futuristic' items like the barricades/oil drums/antennas. So those
pieces were all done on separate stands that could just be attached to the buildings.
Some of the terrain comes from my 15mm Martian game.
A couple of weeks worth of work. 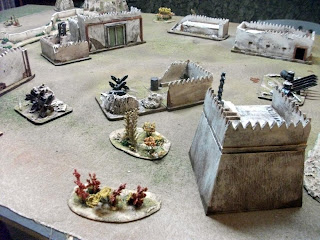 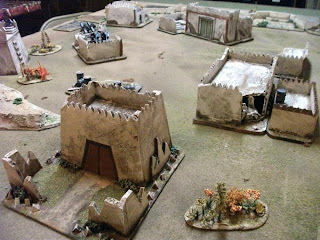 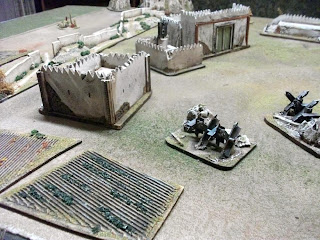 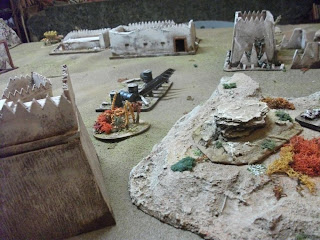 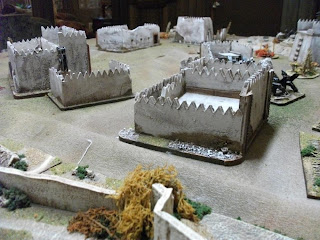 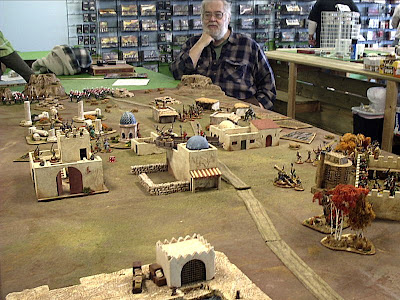 Greetings fellow Mars fans!
Today at Treefort, a great gamestore in Fayetteville, Ga, we played out a scenerio pitting a large British force (Doug Attaways collection, nicely painted by Terry Wills)against the forces of a Martian Noble (my stuff)
Colonel O'Conner had been dispatched to capture the Jeddak before his intriguing
lead to an 'embarassing situation for the Crown'.

The expedition caught the Jeddak
redhanded employing mercenary Americans and their landmonitor 'Old Jack'.
The battle turned into a slow grinding match as the resolute Martians defended every building and ruin. Mad charge after charge was fought off by the British but the Martians kept coming. 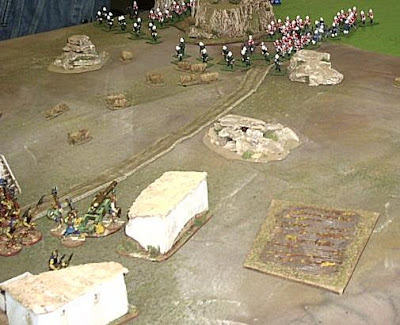 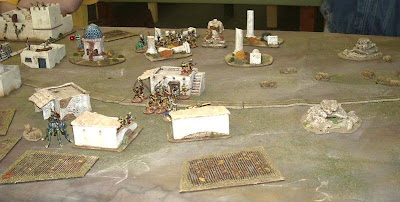 But the scale tipped when 'Old Jack's' guns were put out of action and the monitor retreated. Colonel O'Conner ordered his commanders forward to capture the Jeddak before his courage failed and he also turned tail and ran. 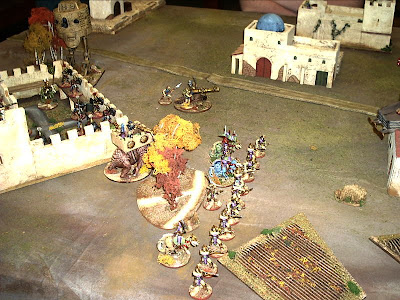 Orders to march on the double were given and the British surged forth. But the Martians were not done yet as the skies filled with the arrival of the Jeddak's High Martian ally. 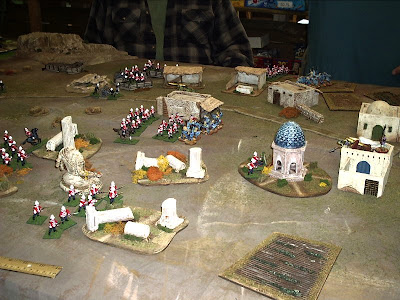 A High Martian charge is a fearful sight! And one that all but stopped the British advance. The British held in the end and the gatlings spoke. But the Jeddak had almost reached the canal and safety. 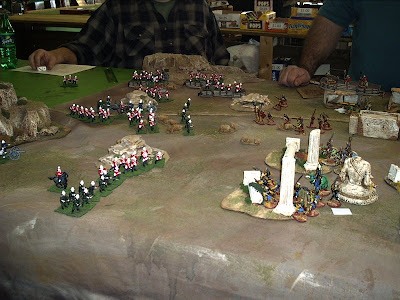 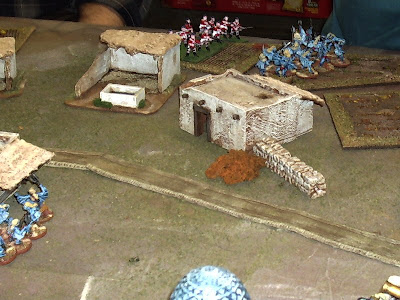 It was this moment that the British Captain Drake, who had been meandering with his airboats looking for the Jeddaks treasure with which to pay off his gambling debts, realized that the Americans had taken the treasure as payment and were fleeing with it. Without the money I'm doomed he thought! I'll be cashiered for certain this time. But then in a stroke of genius and cunning he realized that a mad dash to capture the Jeddak might buy clemency from his Colonel. 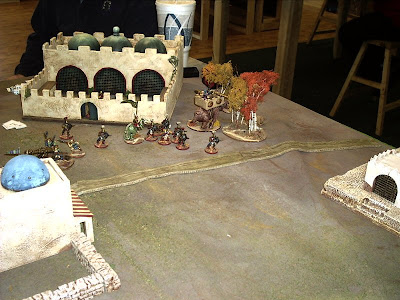 And thus was a hero made and victory achieved.
Posted by Mike at 6:57 PM 4 comments:

Mike
Grew up on ERBurroughs. Thus my passion for Victorian SciFi